In July of 1969 long time member Richard Burgess announced to the department at the monthly meeting that members with five-years of service or more were conducting meetings in preparation for organizing a North Greece Firemen’s Benevolent Association, an Exempt Club. I remember it well.

We met in the first floor third apparatus bay on the west side of the building that was converted into a lounge in the old firehouse. The old Mack Pumper/Tanker bay on the east side was already converted into the North Greece Post Office. The original post office, an individual structure behind the firehouse was phased out.

Our series of meetings were driven by excitement and a desire to form a club for fun, service to community and firefighters. Attendance was many as back then we had about a hundred volunteers. Of course all were not eligible because of lacking five-years of active service. We were aware of the fun Exempt Clubs the Greece Ridge Fire Department and Barnard Fire Department had and hoped to create a similar organization at North Greece. In October of 1970 NYS Assemblyman William M. Steinfeldt (27th Dist.) attended a meeting explaining the requirements and pledged his support in getting our charter.

The Exempt Club was formally created by an act of the New York Legislature May 4, 1971. Its focus was to provide for the betterment of the community, to maintain suitable headquarters, and to provide assistance to members and their families who are disabled or indigent, and the promotion of the volunteer fire service within the North Greece Fire District.

An election of officers was conducted and Richard Burgess was elected first president with Ronald “Dutch” Williams vice-president, and Milford “Ty” Coon  secretary.

Members were presented a handsome black and white certificate of membership trimmed in a wide red boarder with a red horse-drawn steamer at the top. Early certificates were signed by Chief of Department Robert F. Steffen and Secretary Anthony G. Valvano. Soon we were forming committees, creating a meeting schedule, and ordering shirts and jackets adorned with our Exempt Club name. Meetings were first held in the old firehouse meeting room adjacent to the kitchen area. By-laws were created and approved and members received a copy of them. Eventually occasional meals would be prepared by the auxiliary. The organization quickly formed into a fun group just as we expected and remains that today. Apparently the red tape in Albany was just as bad as it is today because record show that Assemblyman Steinfeldt never officially presented the Original Exempt Charter to us until January 25, 1982 – eleven years later.

Bullhead dinner scheduled. Everyone is asked to donate bullheads.

Member Gene Hertle collapsed during May meeting and Billy Rickman administered CPR. Mr. Hertle passed away later in the hospital.

Bus trip to Canada to see Festival of Lights. Cruise on Spirit of Rochester. 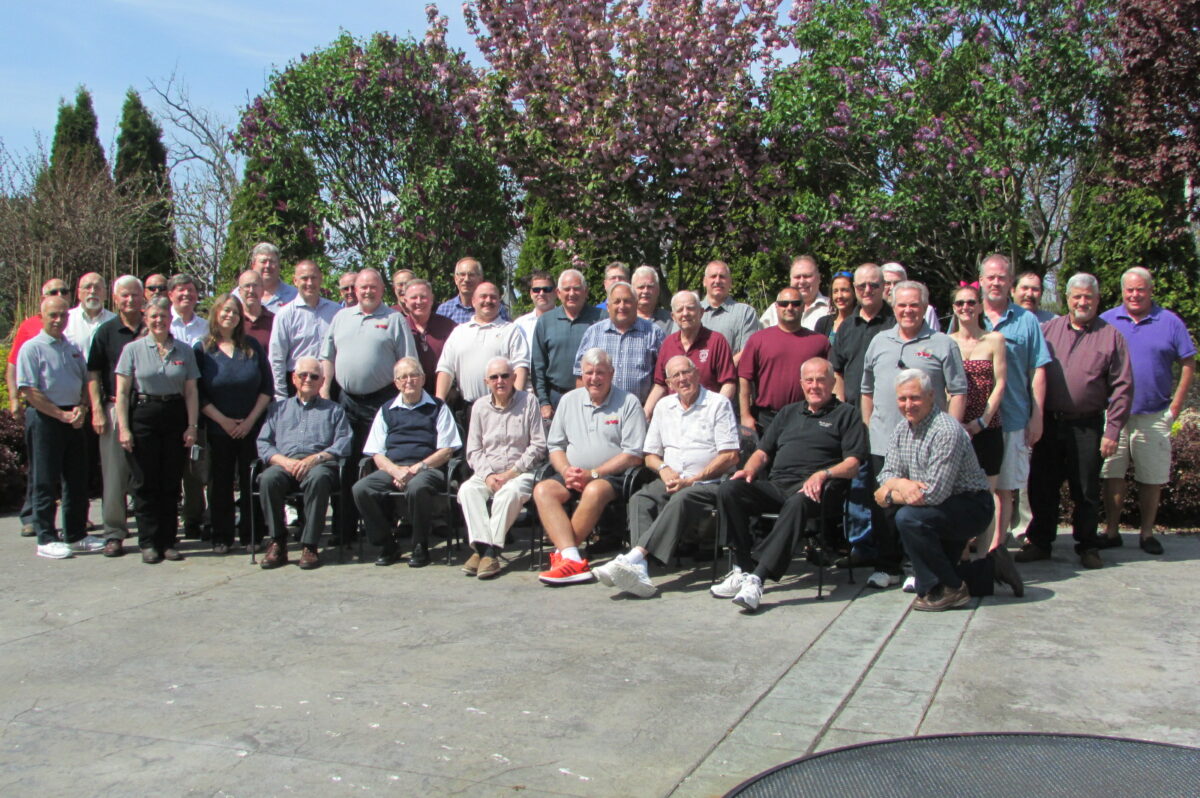